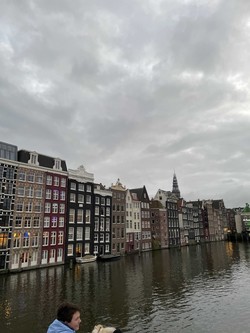 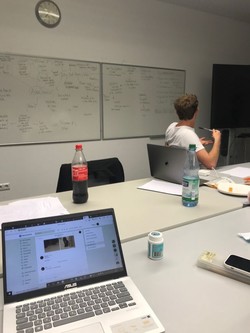 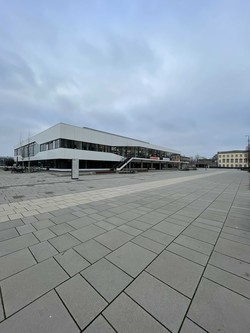 I’d always dreamt of studying abroad and when I saw the opportunity, I took it. I learned about the opportunity to study abroad from the academic mobility department at UrFU. I was choosing between different countries to go to, but my main priority was to study in Europe, because of its great history, culture and sights. Since I was studying trade and entrepreneurship, I wanted to spend my exchange term in the country that had strong economy, rich background for startups and business in general. Germany fit these criteria perfectly, and for the reason I knew German a little bit, the choice had been made.

In the end of August I flew to Leipzig. My first 2 weeks were tough and stressful, because of quarantine, bureaucracy and ‘culture shock’. But as soon as classes started I quickly realized that that would be an unforgettable experience. I met people from all around the globe and made friends with some of them.

Germany is truly a beautiful country and Leipzig is one of the most vibrant and dynamically developing cities out there. In my spare time, I liked to stroll through the city center, enjoying the architecture, monuments, drinking coffee and listening to street musicians. Many people call Leipzig the musical capital of Germany. It was here that such famous composers as Johann Bach, Richard Wagner, Felix Mendelssohn, Robert and Clara Schumann lived and worked. Goethe called Leipzig "Little Paris". The city was interesting for me also because of its football team – Red Bull Leipzig. Even though I couldn’t get a ticket to watch them play (especially during their Champions League group stage), it was still fun to be a part of it.

HHL Leipzig Graduate School of Management is one of the best (top 3) and oldest business schools in Germany. It’s a state-approved, but still private university. That is why studying at HHL was a very unique experience. 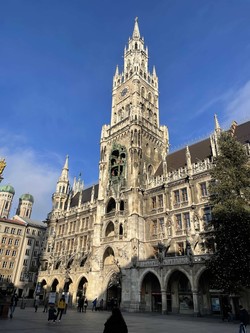 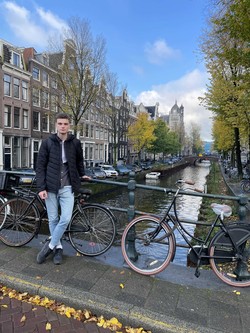 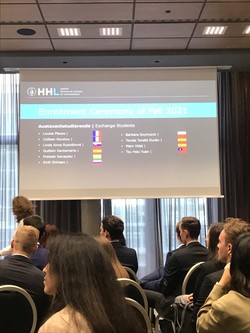 During my studies at HHL, there was a lot of group work, so I had a chance to get to know many people. It gave me an insight on how cultural differences may affect communication and how to deal with it. I can say, that this experience certainly made me more tolerant, understanding and open-minded person.

Our professors at the university were very friendly. They were very happy to answer any questions we had. Because many of the professors also work for big companies, they gave us very useful practical advice based on their career experience. Studying at HHL was built around practice, not just theory.

I also had some time to travel. Me and a friend of mine (also a student from UrFU), have visited Amsterdam, which is one of the most visited tourist destinations on Earth. On my way back home I had a chance to spend some time in Munich, ‘a Germany’s lifestyle capital’.

For someone who considers spending one term studying abroad, I would say: you should put all doubts aside and go. Definitely. However, here are some tips: