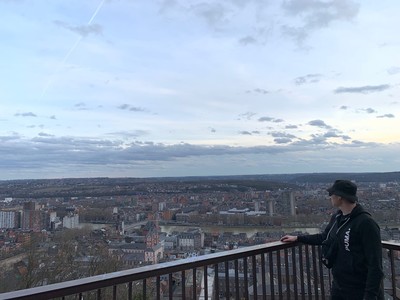 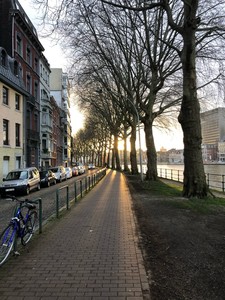 I was in Belgium for a reason, as I applied for a student exchange programme at the University of Liege last year. We arrived here on February 5, before these tragic events began. In early March, there were rumors that there would be no quarantine and the Belgian authorities would not take such measures. I myself did not feel any danger until the last moment, I just thought that the problem was caused by the media, not the real situation. The University was the first to respond, and all classes were switched to distance learning using special platforms of the University. These measures were introduced a couple of days before the mandatory home quarantine.

Then, day after day, the government began to take new measures to stop the spread of the virus: all cafes, bars and restaurants were closed, all mass events were canceled, the movement of people in the city was restricted (now you can only go out of the house for food, to the pharmacy or for sports, and you can do this with no more than one person with whom you live in the same house and at a distance of at least 1.5 meters). For non-compliance with the new rules, fines of 250 euros were imposed, and the city emptied before our eyes. After the next meeting of the government on March 27 (it was the 2nd week of self-isolation), it was decided to extend the quarantine until April 19, with a possible extension until May 3. 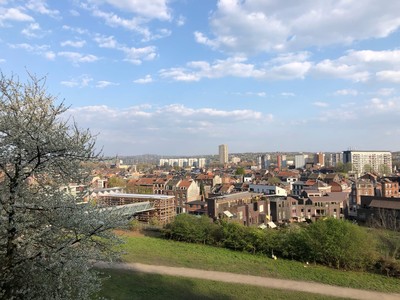 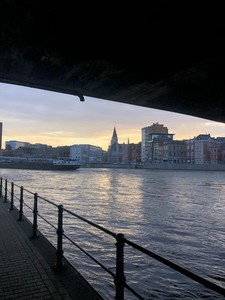 At the University, every teacher met the students halfway, the criteria for evaluating papers were simplified, and some written exams were replaced with individual reports. At the moment, classes are held in an online format, using Zoom, Lifesize and the University's own platform - ULiège. Teachers also record audio / video podcasts explaining the course material.

The rector of our University organized psychological support for students who found themselves in a difficult situation, and also promised to give exact recommendations for the examination period no later than April 28. It is already known that distance learning will continue until the end of this semester, regardless of whether the quarantine is lifted or not. This is done in order to minimize the risks of students ' illness.

At first it was scary and incomprehensible how to keep calm in this situation? All people first encountered this problem, but after 3 weeks of quarantine, you get used to this way of life, the days begin to go faster. On the recommendation of the Russian Embassy in Belgium, I filled out an application form with information about citizens located outside of Russia. I recommend that you follow the measures taken in Russia, now the country's security depends on everyone»